The Farewell Tour and Grand Finale

The end of January saw me embark on what was fondly named “The Farewell Tour” of North America – so called because I’m not planning on living in North America again any time soon (although an amazing job in NYC would be tempting!).   I learnt that farewell tours are exhausting – rarely getting to bed before 2am and usually only after much red wine consumption.   But it was very fun and worth it to catch up with so many friends after so much time.

I managed to time my trip right between the two extreme polar vortexes creating chaos on the east coast which made lots of brunch, lunch, coffee and dinner catch-ups in New York and Toronto much easier to handle.   But I soon headed west to the relative warmth of Vancouver, Victoria, Seattle and San Francisco.   Australia Day saw me eating lamingtons (check the photos if you don’t know what they are!) and watching tennis in t-shirt weather after a very fun Australia Day ball in San Francisco.

Park City, Utah wasn’t quite so warm but it didn’t matter as most time was spent indoors watching some of the great line-up at Sundance Film Festival   I focused on foreign films and documentaries this year (mostly African) and there were some real treats.   The most crowd-pleasing recommendations are The Lunchbox (a charming Indian love story that is reminiscent of Once with a focus on food instead of music) and Difret (an Ethiopian true story that will keep you riveted).   Watch out for them if you enjoy films with subtitles.

Ilana/Jordan, Doro, Barb, Purvi, Dave/Binda and Jodi/Brad – many thanks for your wonderful hospitality – and a big “it was great to see you!” to all of my friends who I managed to catch up with.  Special mention to my fellow HBS Section F Sundancers Marijana, Criag and Modupe with guest appearances from Ani and Razmig.

Back over the pond, it was time for the annual (biannual?) Gang get-together, once again heading to Austria for a fun-filled ski week.   This was termed the “Grand Finale” – probably my last big blast before settling down again.   After last year’s St Anton cultural extravaganza, this year we headed to Solden where some private lessons with ski instructor extraordinaire KarlHeinz elevated my skiing (and Doro’s) and had us skiing the blacks with confidence by the end of the week.  About time – my skiing hasn’t really improved in 15 years!    With Dani’s birthday to celebrate and lots of Phillip après-ski to enjoy (both the drinks and the music), it was another full-on week but we were ably sustained by Chesha Lope’s cooking – supported by German raclette a la Dani/Robert – and scarily looked after by Doro 2.0 and welcome to the gang newcomer Jill.   Single girls take note – Solden is completely full of groups of German guys on their annual ski trips – and some of them are even incredible dancers!

Too soon it was back to London for a relatively settled couple of weeks that included administrative tasks like replacing my passport –  my 64 page passport only lasted me four years – and job search tasks like interviews.   Yes – the time has come to think about ending my long-term walkabout and settling down.  But more on that later…   As always, there were also lots of social engagements to enjoy in London with more African documentaries, talks by extreme adventurers (Roz Savage), the Three C’s of champagne, crumpets and Cirque du Soleil, astronomy photography exhibitions,  alcohol-free bars (not a fan!) as well as lots of dinners, drinks and lunches (including special guest appearances by Lisa from Glasgow and Tricia from NYC).   A personal favorite was getting to see my cousin Lisa’s 3-D space film “Hidden Universe”.   I loved it and highly recommend it if it is showing near you.  Her partner directed it, while she was very involved and her name is in the credits.   Not bad for a girl from Inverell! Amee, Anna, Marijana, Al – fun times again.  See you soon…

I’m now back in West Africa – one of my favorite places in the world – about to embark on a trip through new climes.     Watch for the next update…

Click on any image to launch a slideshow of the pictures… 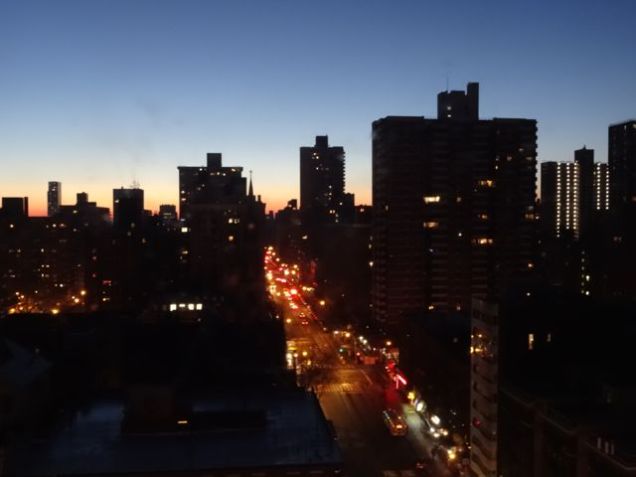 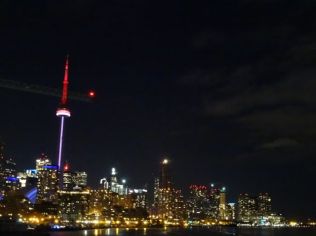 Feeding the seals in Victoria Harbour 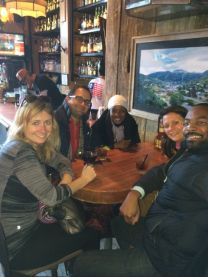 Watching tennis with Jods on a Californian winter day. 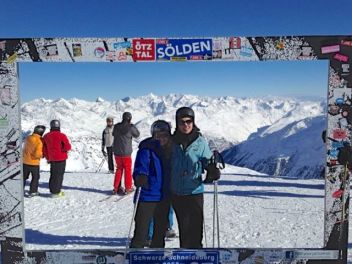 We left our mark in Austria… 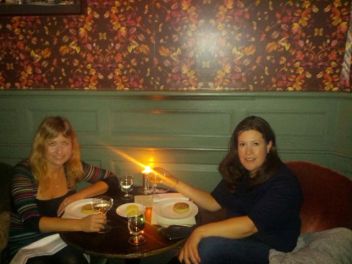 Crumpets and Champagne with Anna

One thought on “The Farewell Tour and Grand Finale”